The Moreno Valley Civic Center Amphitheater targets a seven-acre green space adjacent to the City Hall and Conference Recreation Center. The new 500-600 seat theater is anticipated to host 75-100 events a year and will serve as the city’s premier performance venue. The new amphitheater will provide seats in an open-air venue with an architectural style that responds to the adjacent civic center. The project is articulated by a translucent precast Kalwall band shell that focuses sound to the audience and, when lit up at night, serves as a glowing beacon of cultural activity. The ADA accessible stage features a large 9’ x 16’ LED screen that facilitates movie nights and serves as a backdrop for concert performances. Production equipment, such as road cases and mixing consoles, are securely stored backstage, aided by the band shell’s roll-down retractable door. Also included is an IDF rack that is cooled directly by its built-in industrial inline system. The amphitheater will be served by approximately 360 parking spaces. 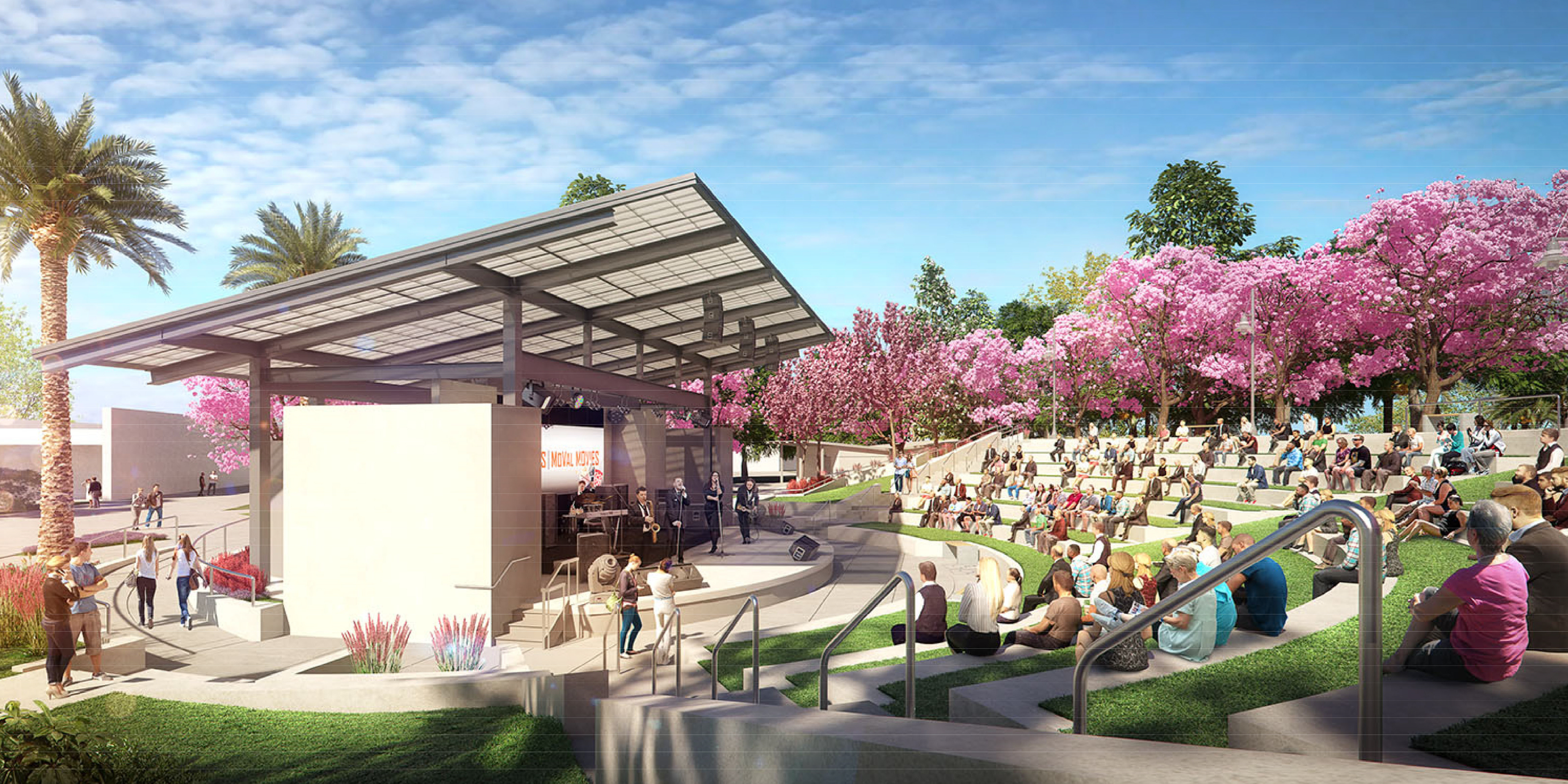 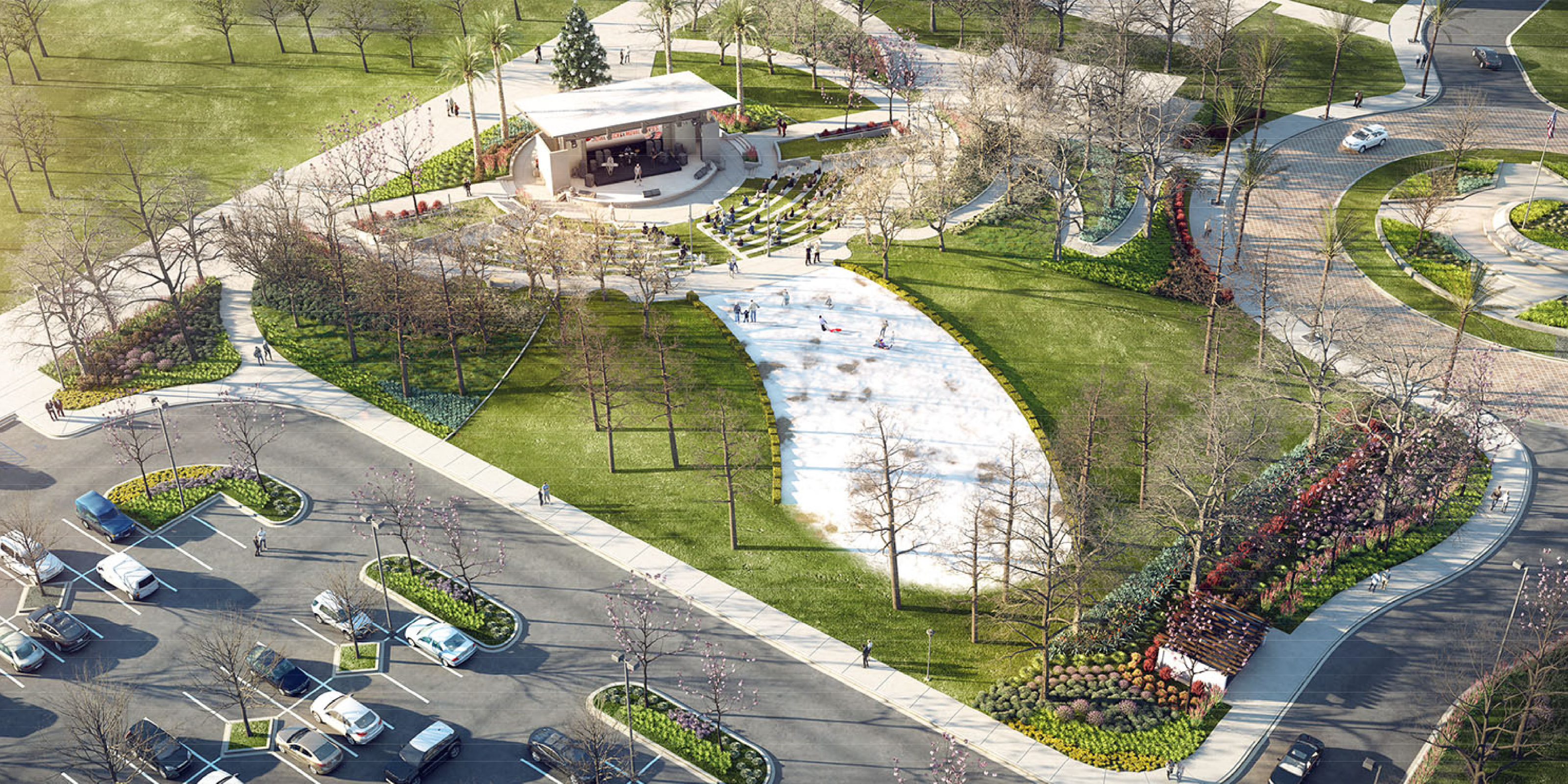 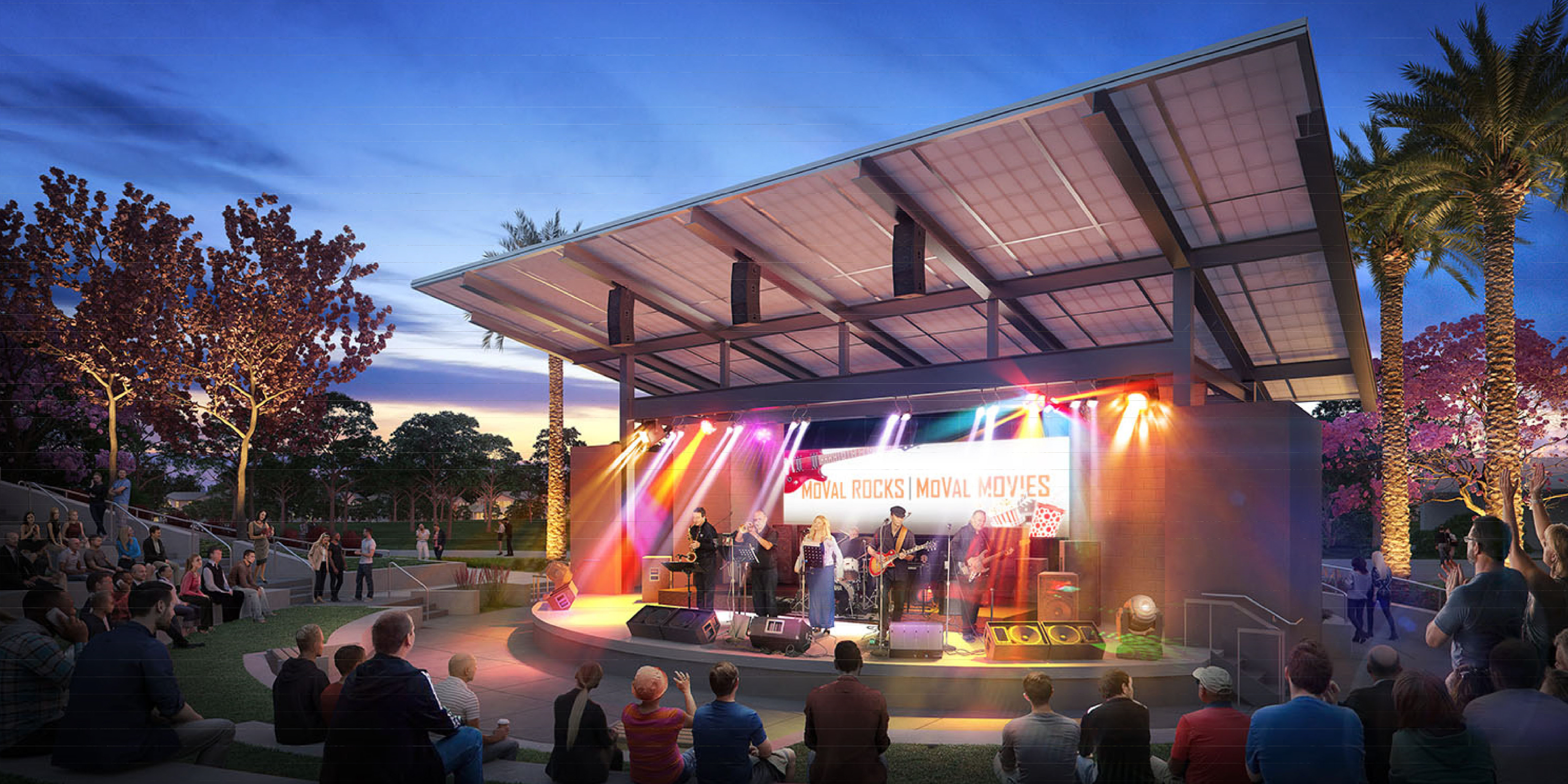