The Barn complex at the University of California, Riverside (UCR) was originally built in 1917 and was composed of a horse barn, implement storage, caretaker cottage, and support structures at the Citrus Experiment Station (CES). After the University opened in 1954, the Barn served as the first student dining hall for the fledgling campus. By the 1960s, it had evolved to become a popular and locally iconic entertainment venue until it was closed down in 1999. It remained a dining hub until the renovation of the complex.

Collaborating with UC Riverside and Fernau & Hartman, the team’s goal was to deliver a concept that honored the history and importance of The Barn. The project vision was to renovate and expand the existing structure, while also restoring and improving the indoor dining and entertainment opportunities.

The original 1917 roof structure was preserved and remains a defining feature in the restored dining room. A new commercial kitchen was added as an expansion to The Barn Dining building; it supports the Barn Dining room and the dining room in the adjacent Faculty Staff Dining Building. Additional new buildings to the complex are the Barn Theater and a ticket tower that serves as a campus beacon and serves as the “entrance” to the site. Fencing, landscape, and hardscape are composed in a way to define multiple outdoor nodes and dining areas. The outdoor performance venue is a courtyard formed by the surrounding buildings. A black walnut tree harvested from the site was milled for wood used in the Faculty Bar, and cedar siding from the original Barn Stable was reclaimed to use as casework in select interior locations. 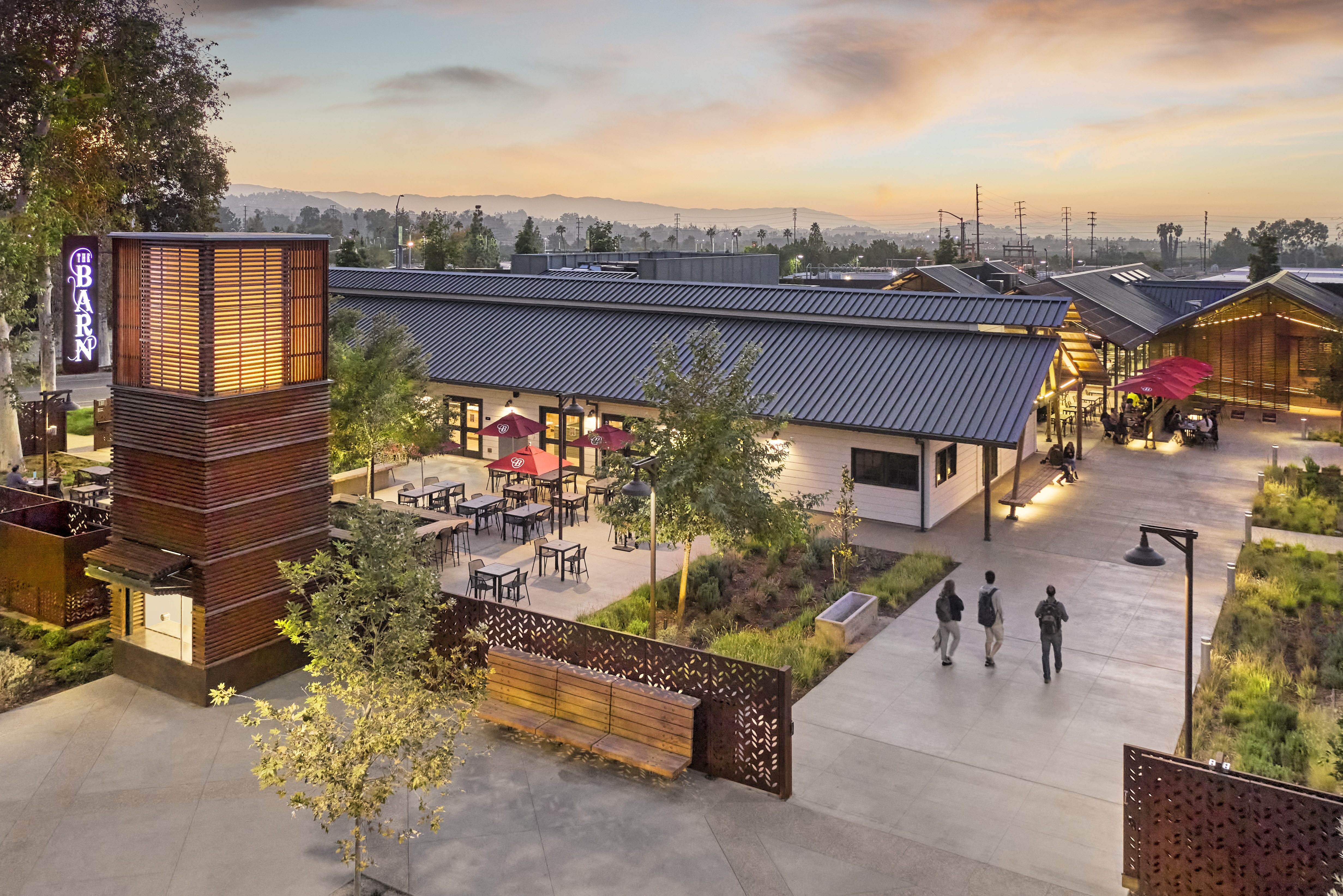 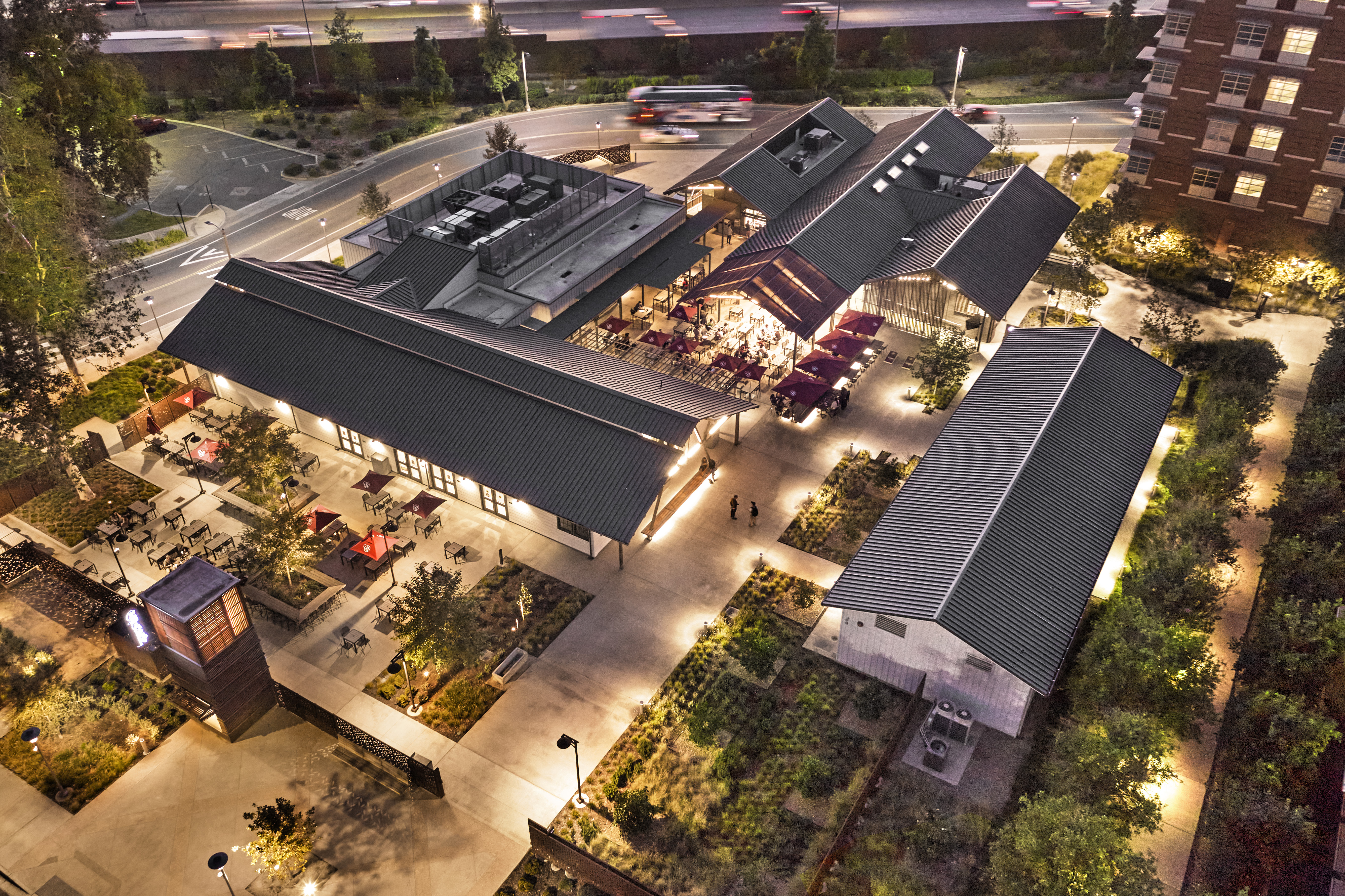 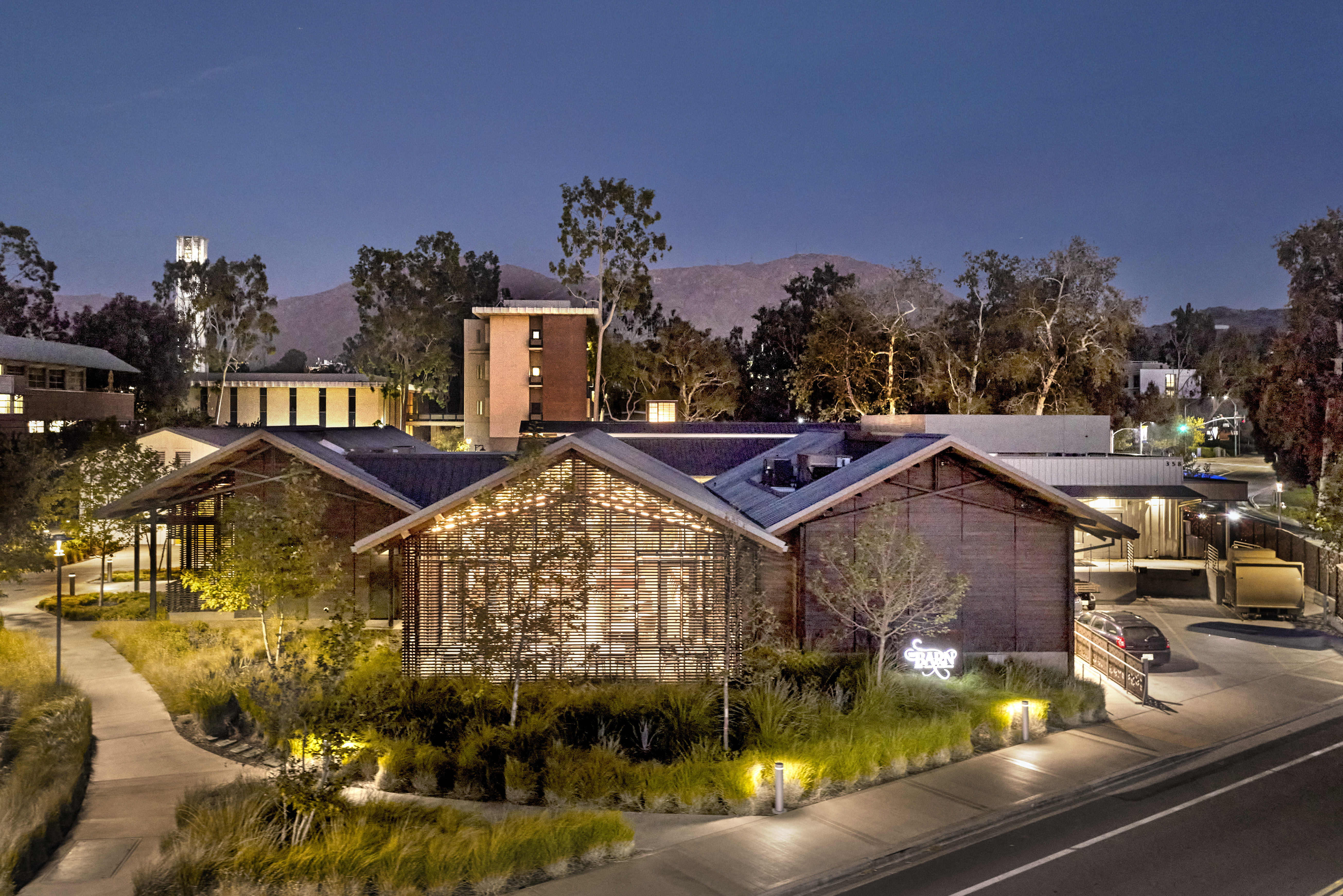 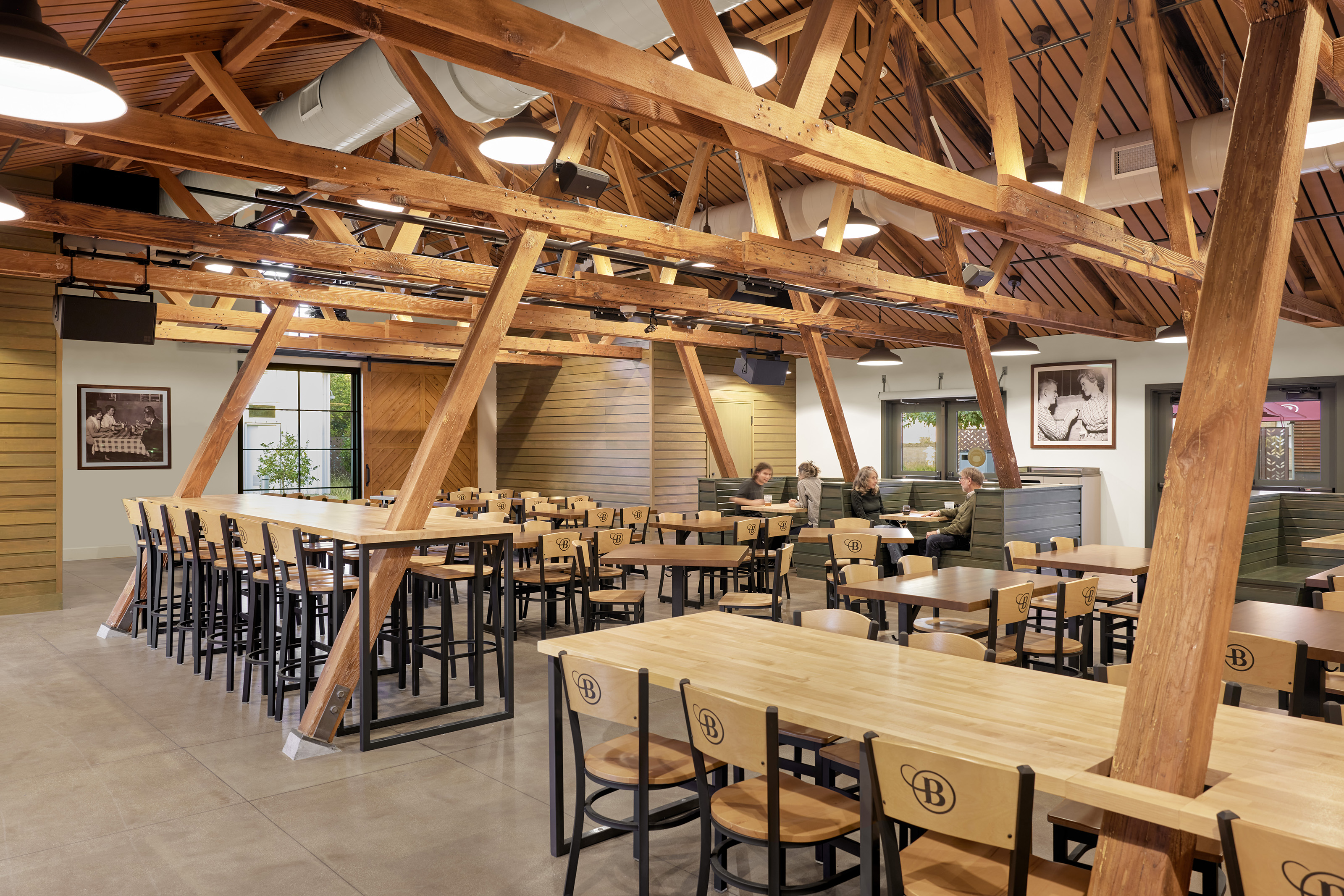 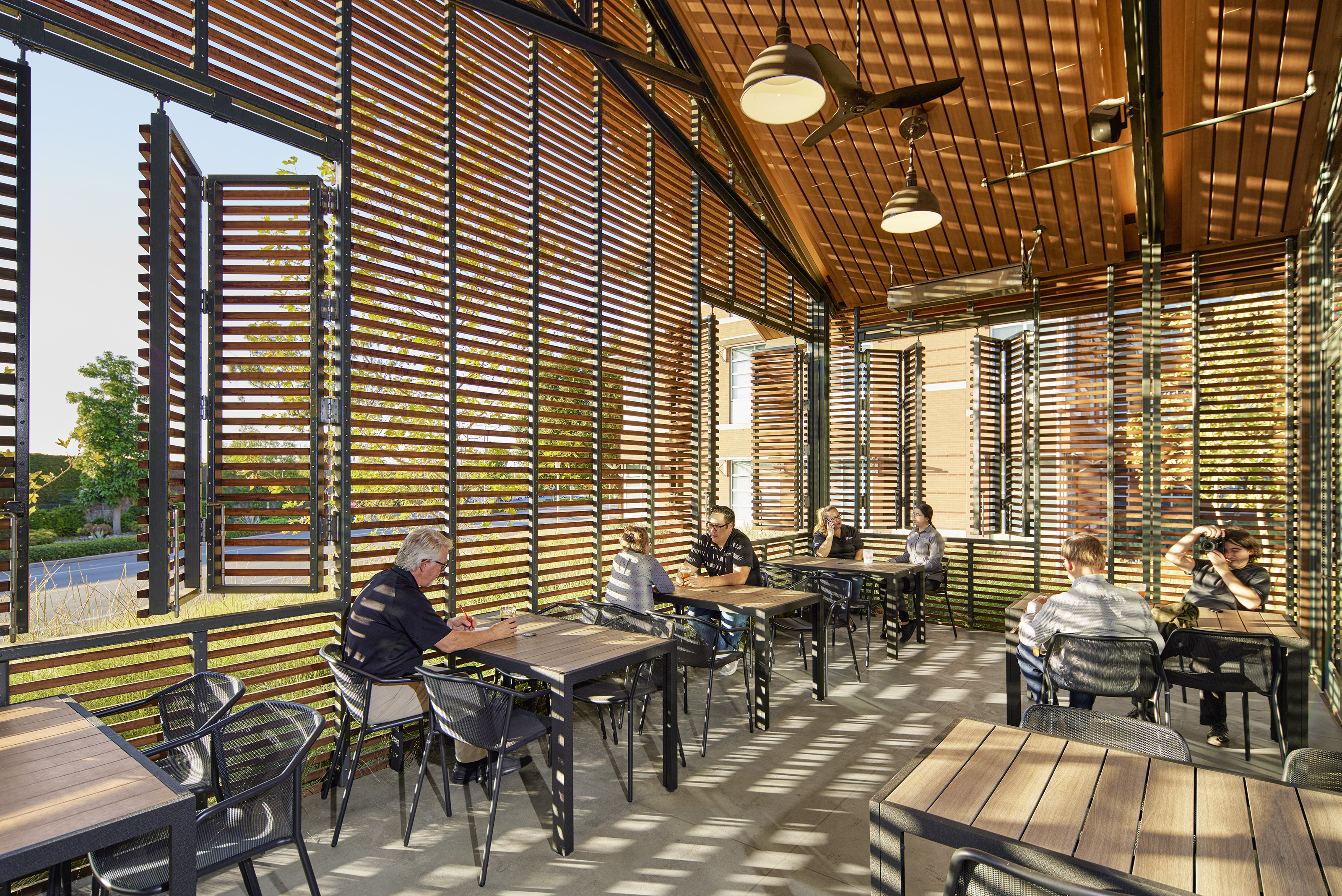 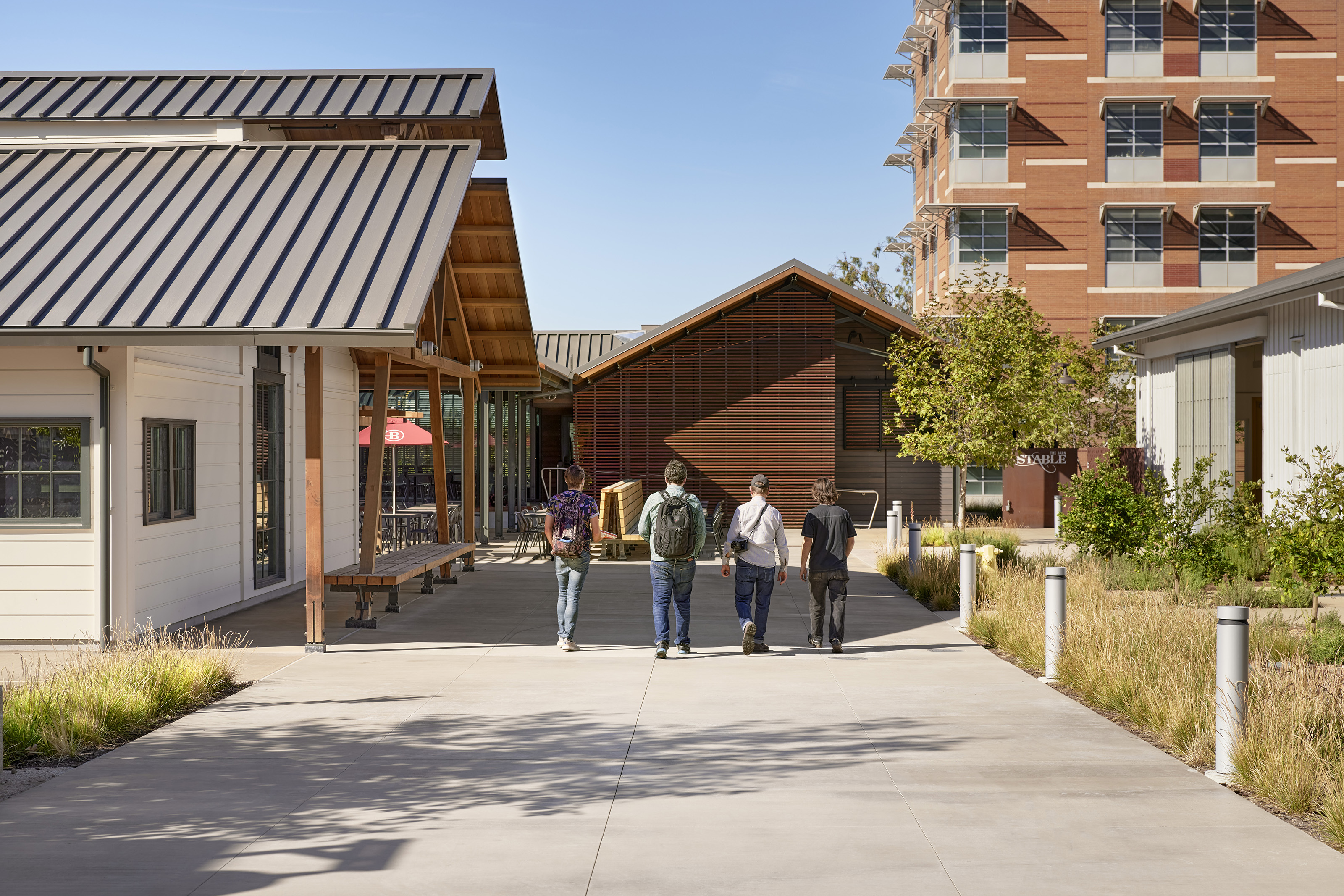 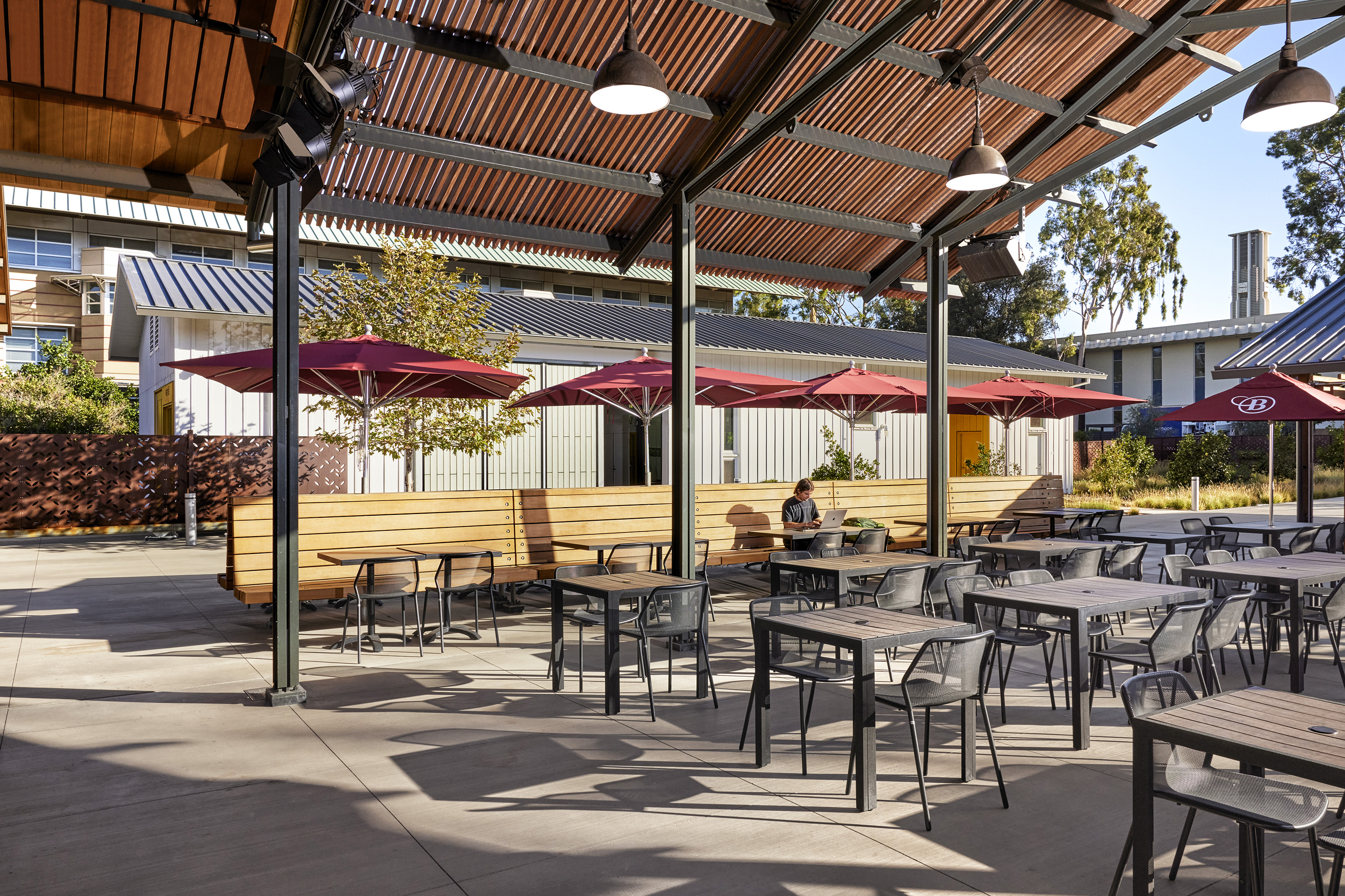 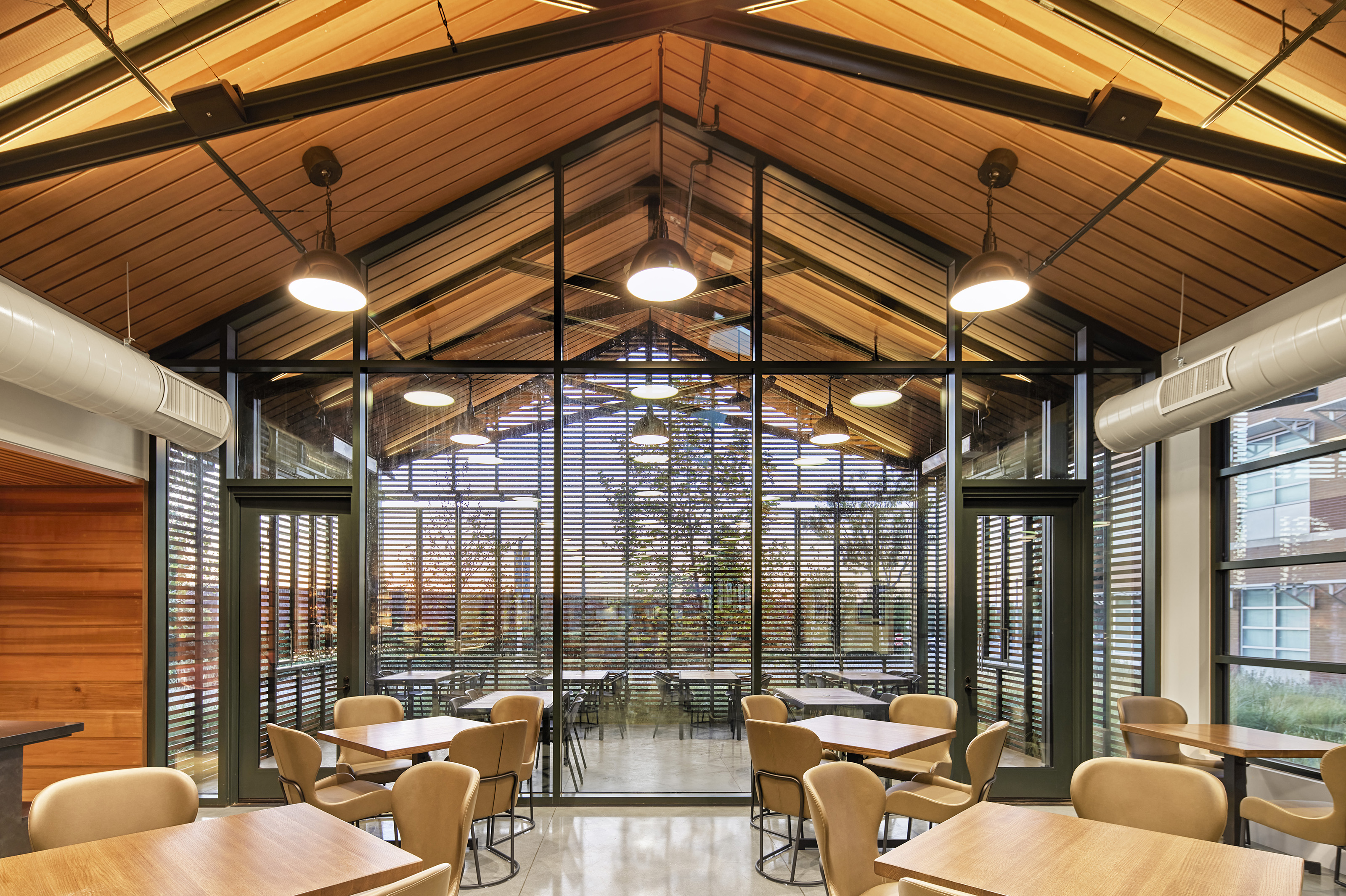 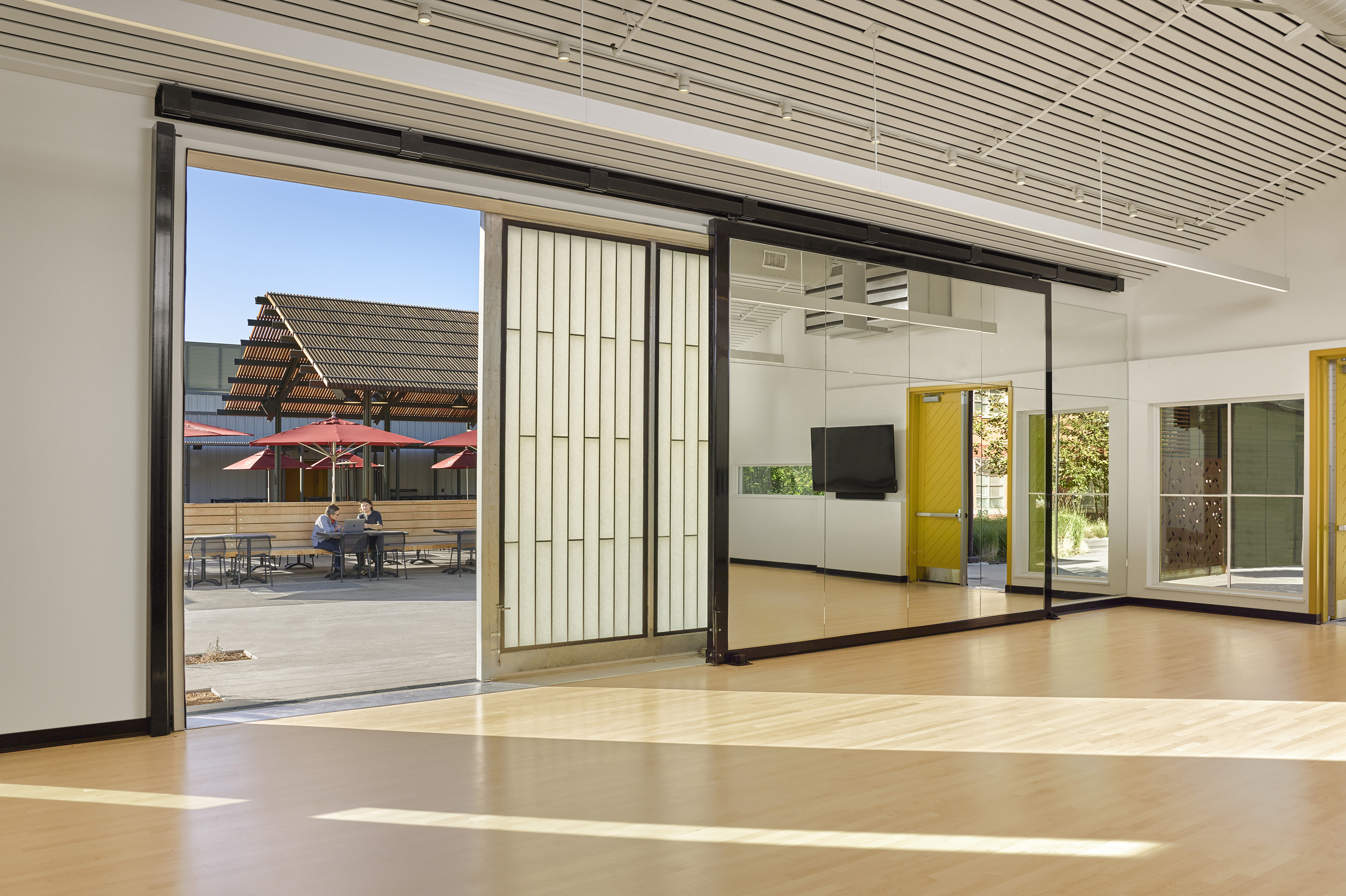 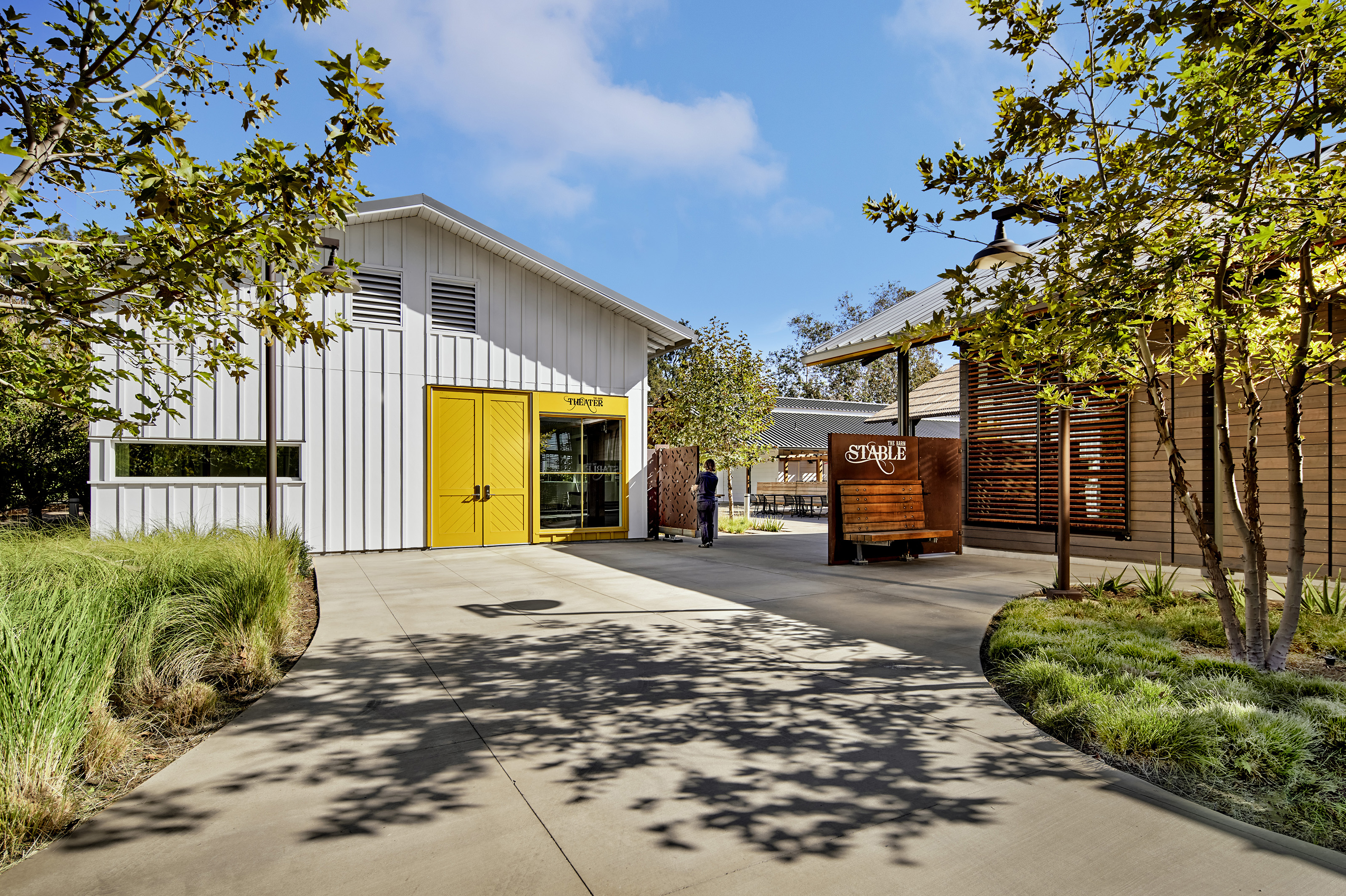 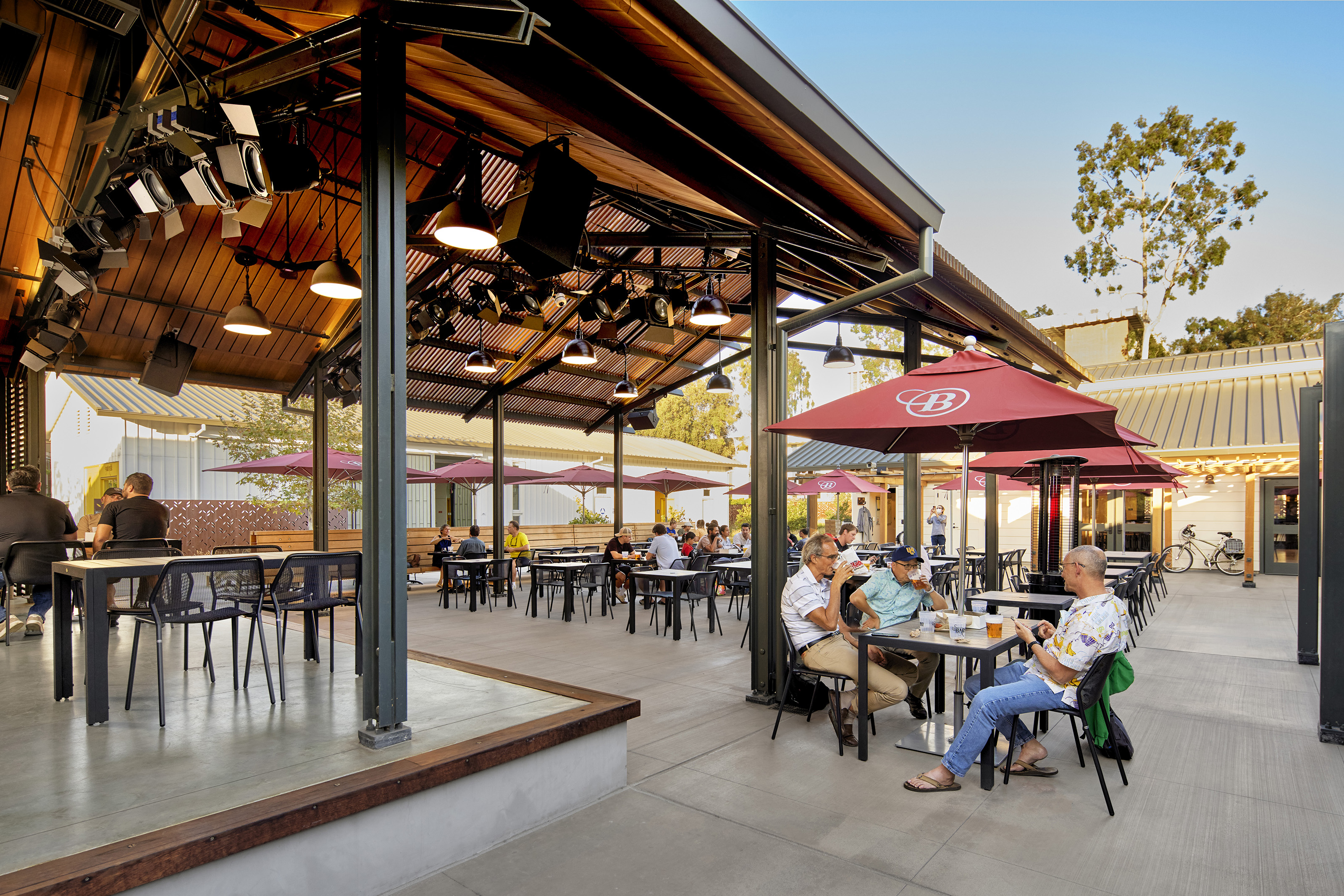